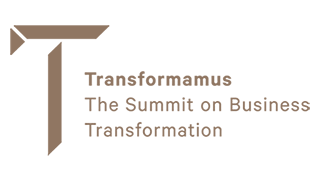 Gary Steel joined ABB, the Swiss based leading power and automation technology group, in January 2003. As a member of the ABB Group Executive Committee from 2003 until 2013 Gary was instrumental in the ABB’s turnaround and return to profitable growth over eleven years. In doing so they established a performance-focused global human resources organization that put a culture of accountability, people development and professional processes at its core. ABB generated net income of $2.6 billion in 2014 compared with a net loss of $787 in 2002. Revenues more than tripled in this period. As head of human resources at ABB in 2013 Gary received a lifetime award from the University of Michigan, Ann Arbor, and US consulting company Linkage in recognition of his work to integrate human resources in the company’s global business strategy. He joined Shell in 1976 and served in a variety of positions in human resources management and development in Europe and Africa, in businesses ranging from oil exploration and production, chemicals and refining. From 1979 till 1982 he worked in a privately owned shipping company – The V Group -before returning to Shell in 1983. He served as the Non-Executive Non-Independent Chairman of ABB India Limited and Chairman of ABB Sweden and was the first Chairman of the Jürgen Dormann Foundation for engineering education. In addition he was a Director at Aquamarine Power Limited from 2010 until 2014, a Council Member of British Swiss Chamber of Commerce and Advisory Board until 2016 and a Member of EMSHRM at Bocconi University, Italy until 2015. Currently Gary serves as a Non Executive Director of Harman International Industries in USA and a Non Executive Director of SSEPD in UK. He teaches at the St Gallen Business School in Switzerland and the ISCTE Business School in Portugal.